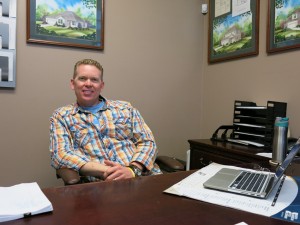 A while back I sat down with Ron Morse, Pauls Homes‘ local representative. I’ve know Ron since March, when he was kind enough to stay late on a Saturday to allow my wife, son, and I to check out a new house in their Coyote Ridge development. We bought that home…but not only did we get a house in a great town, I got a good friend in Ron. He was kind enough to agree to an interview about the company he works for, what they’ve done up to now in Strasburg, and what their future plans are…along with more about himself. (Pauls Homes and Ron received 5 out of 5 bulls and “We Recommend” from Strasburg Rocks! in our review.)

Who is Pauls Homes?

Pauls Homes is a subsidiary of The Pauls Corporation, a real estate and investment development company. They are heavily involved in commercial, light industrial, and apartments. With residential units, they are not like DR Horton, building huge complexes, instead creating developments sized in the couple hundreds. Sometimes they finish what another developer didn’t complete (e.g. the last 50 homes where someone else failed). With Coyote Ridge they built all the units, but the land was in foreclosure and the company saw a vision and opportunity (with Denver growing) and purchased it.

What have they built so far in Strasburg?

Pauls Homes has been building in Strasburg for twenty years, completing three developments, soon to complete one more, in phase one (of four) for a fifth, just starting a sixth, and planning to build a seventh. They have been here for the “long haul” and will continue to be here. Those that have already been finished or have sold units are:

Their first developments in Strasburg. Lots were around 2 1/2 acres.

Closed out last October. No other plans to build a similar development in Strasburg.

Filing one is sold. Filing two, three, and four are coming with the second one (an additional 72 homes) starting in the summer of 2016. If all goes as planned there will be just over 200 units when it is complete.

Started about 10 years ago before the market crashed. They took a few years off, but it should be completed this year. 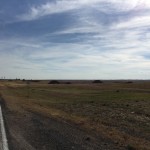 Next up are an estimated 33 estates with 35-47 acres on County Road 149 on the Arapahoe County side of I-70. This development will run from the high $400Ks to the mid-$500Ks, will not have an HOA, and will have their own wells and septic. Permits have already been pulled for eight and work just began this month.

However, when it comes to future construction, what is probably a bit more locally controversial in Strasburg is a planned mixed use complex of apartments, adult town homes, and retail near M M Storage: 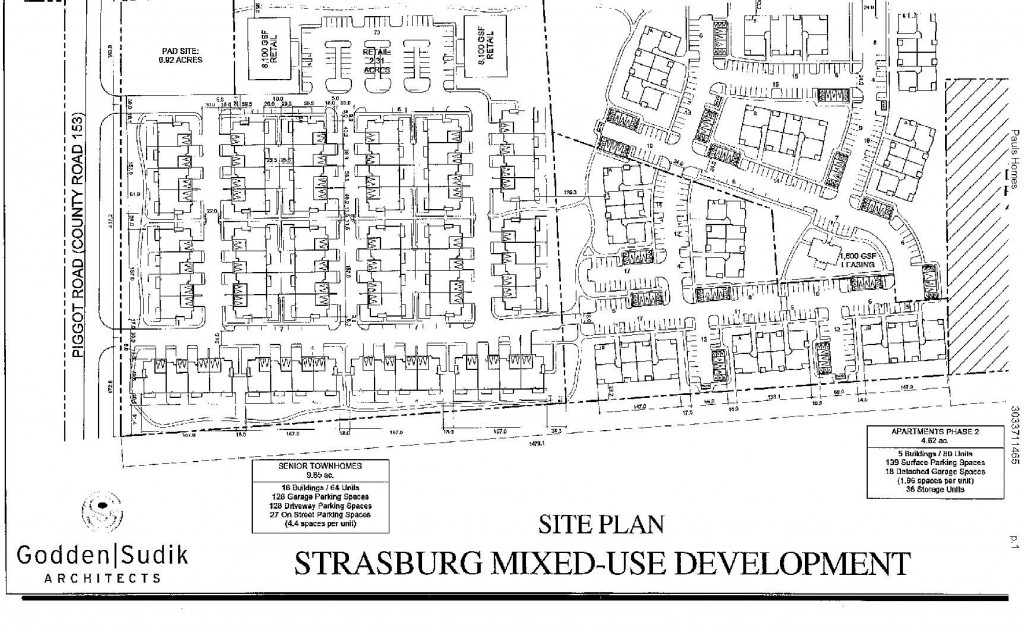 If all permitting goes through it will have:

Construction would be phased and Pauls Homes hopes to break ground in summer or fall of 2016, finishing in a couple to a few years.

Quick commentary break:  Personally, with all Pauls Homes’ planned construction, I also fear that Strasburg could lose its small town charm and atmosphere. However, I also know I wouldn’t be a resident of this great place if they hadn’t been building here and look forward to others having the opportunity to also experience what my family and I enjoy. Ultimately, it’ll be our choice as to whether Strasburg loses its flavor and, given the people I interact with daily, I think that is unlikely. Strasburg truly does rock and it will continue to rock! 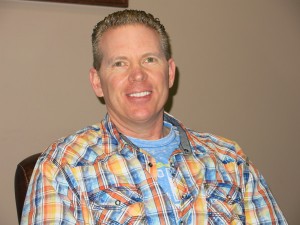 Who is Ron Morse?

Here I admit that although Ron became a friend, I didn’t know much about him personally. Companies are people…so to really understand Pauls Homes, especially in a Strasburg context, we need to know more about the guy they chose to represent them in our area.

I began this part of the interview by asking Ron how he got hooked up with Pauls Homes. It didn’t surprise me that it was because, as a successful buyer’s realtor in the area (selling many of their homes), Pauls Homes recognized his skills and asked him to join their organization. It has worked out well for Ron since he gets many of the advantages of being a realtor (e.g. control over his schedule) without having to drive all over. More important, however, is that Pauls Homes has a family philosophy with their employees, treating him and his peers as part of a team. (Since Ron was a realtor before, some of his previous clientele will ring him for help, but outside that all his realty work is only for Pauls.)

Ron hasn’t been employed for Pauls (or in realty) during his entire working life, and owned a high-end painting company for 20 years. After two decades his income in that industry had reached an apex and the work was no longer challenging, so he started fixing and flipping houses…and it then made sense for him to get his real estate license so he could buy and sell his own homes directly. His contractors saw he was making money, and three years later he had half a dozen investors using his system to fix and flip. After that he transitioned to just being an agent for the flippers…and clientele, friends, and neighbors also wanted him to sell their properties. “Then all of the sudden you wake up and you’re a full fledged realtor…” In 2012, when he first joined Pauls Homes, Ron did 40 real estate deals on his own. Given that, he wasn’t 100% convinced moving to be a sales agent for a builder was the right choice. However, he has found it a great fit and really enjoys being able to use his knowledge of construction and real estate to enhance his effectiveness for Pauls.

On the more personal side, Ron lives with his wife of almost 30 years eight miles south of Bennett on 39 acres. Ron and Leah (owner of Rocky Mountain Classic Canine) have two grown children, ages 28 & 29, and moved to the area after they realized country life would be better for the family. For four years they would make weekend excursions from Elbert to Deer Trail looking for the right place, settling where they are because of its convenient access to I-70 (making it easy to both get to the city and see lots of family and friends). As luck would have it, they stumbled across their home because they attended the birthday of a friend’s one year old…closing on the house they viewed on that trip a few weeks later.

And they have never looked back on that decision.

Thanks to Ron Morse and Pauls Homes for giving me the opportunity to learn more about them, and if you are interested in a home or have any questions for them, please don’t hesitate to contact them.