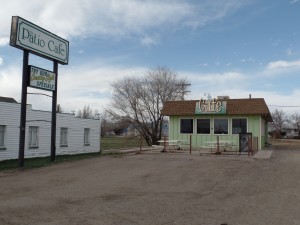 We’ve already had a few meals in Strasburg, and two have them have been at The Patio Cafe right downtown (56471 East Colfax Avenue). Last week it was breakfast, this week lunch.

It’s been a long day…so I’m not going to try to say much more than it’s worth every $$$ you will spend there. The food is appetizing, the atmosphere is hometown-ish, and the service is both great and friendly.

I haven’t yet figured out how I will rate establishments on Strasburg Rocks!, but if it were stars I would probably give The Patio 4 out of 5. 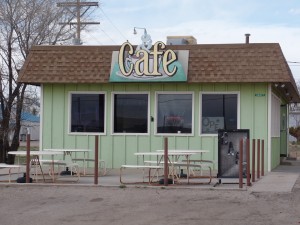 By the way, after we move into Strasburg, if you go their for breakfast on Saturdays, there is a good chance you’ll see Augie and me every week. 🙂

Update #2 (March 22, 2015): We are so looking forward to living in Strasburg we visited tonight again…and guess where we ate? 🙂 Mmmm…

Update #3 (May 18, 2015): Now that we have an official Strasburg Rocks! rating system, I am updating this post to reflect The Patio Cafe gets 4 out of 5 bulls!