You are here: Home / Blog / Less than One Week (Praise God) 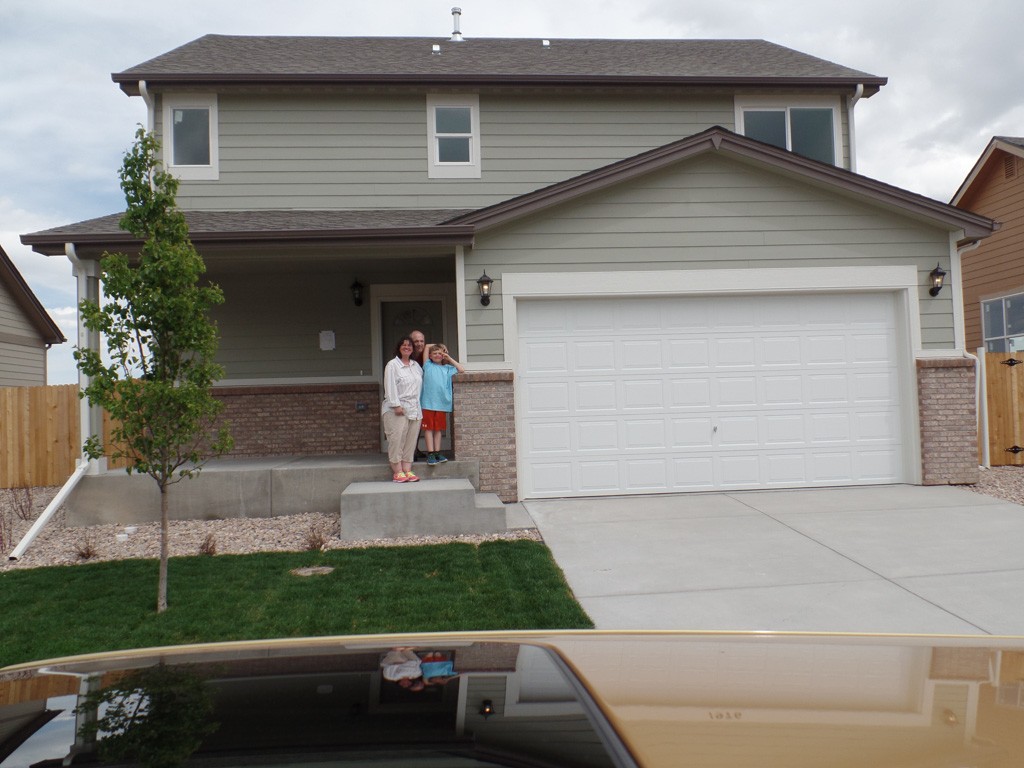 This posts appears on two of my blogs, Strasburg.Rocks and Traditores. It will seem a bit odd on the former…but it speaks to the intersection of both in the form of the purchase of property in the friendly, small town of Strasburg, Colorado.

Although I am continually thankful to the Lord, I hesitate to make certain statements because they can be presumptuous. For instance, if when you have an unexpected bill you can’t afford just enough money shows up, is it fair to say, “The Lord sent the $$$?” I mean beyond the general providence of God…did He really personally ensure you received that cash? Sure, at a minimum, He didn’t prevent it from showing up…but did the Most High specifically fill the expense versus income gap?

…a house that the Lord has personally provided.

How do I know? Well…

Michelle and I were waiting to get a pre-approved loan before looking for a home. However, late one Saturday afternoon we thought, what the heck, let’s see if we could view a property listed in Strasburg. Not only were we pushing the clock (it was 4PMish and we were 45 minutes away), but I never want to extend my time out-and-about on a Saturday. Often it is the only day I get fully off. What a crazy thing for me to suggest. Time to head home and rest!

But we did go check it out and immediately fell in love with the house. A house that was only available because its previous contract fell through. A house that was exactly at the limit of what we could afford. A house that is perfectly sized for our shrinking “at home” family. A house that, if we hadn’t actually gone out that day, would have sold to another. A house the builder’s agent held for us because he was going on vacation the middle of the following week.

To quote Aereon from Chronicles of Riddick, “Now, what would be the odds of that?”

However, the reason I write this today is because even though it seemed like God aligned everything so we could have this perfect property, a week ago Thursday we got horrible news. Although it had been previously approved, the first loan fell through. Although our mortgage company said not to worry…that they had another path…I’ll admit at that point I became pessimistic. After a week plus of little positive news as they worked through the process of organizing the new loan that pessimism had morphed into full fledged fatalism. The house wasn’t meant to be.

(That isn’t something I am proud to admit as a Christian who trusts our Lord.)

But, praise God, He is far more faithful than me and this morning the mortgage company called my wife with the news that we had been approved. It was going to be a wild week getting everything completed, but we would be closing as originally planned this coming Friday.

God gave me a job that allows us to afford a house. God provided an ideal one to purchase. God put a builder’s agent into our life who was willing to stay late on a Saturday (and who has helped us out in other ways). God connected us with a mortgage company that leaves no stone unturned for their customers. God turned dreadful news into wonderful news. Oh, and did I mention I had said to Michelle that it would be great if, before we went out to look at the house again today, we might get a call saying it was ours? It was as Augie and I were driving home to pick her up before heading out to Strasburg her cell phone rang and…

Now, what would be the odds of that?

Pretty high when the Lord is taking care of you! 🙂

Sure, there is a chance that God just let all this happen…but I’m going with the Most High reaching down from heaven and making sure the Fahrner family has a great place for their last child to grow up.

The Lord has given us this home. Praise God!

Strasburg, you are stuck with us. 🙂