You are here: Home / Life in Strasburg / Flags, Driving, and Grain

I started vacation last night, so we are trying to make the most family time. Mom had to run out to get something for Cub Scout Pack 439‘s float (see it in tomorrow’s Strasburg Home Town Days parade)…and Augie wanted to go to Taco Bell for breakfast.

So, we climbed in the car…and even though it is a hybrid…we do need to get gas sooner or later. That’s where we got to see flags that that same Pack 439 put up: 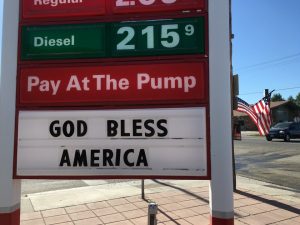 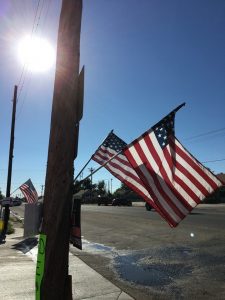 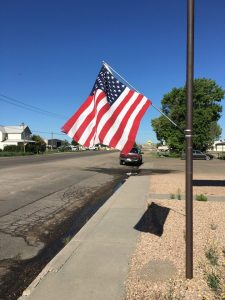 Then it was time to leave town:

In Bennett Augie and I got to see a grain tower in action for the first time: 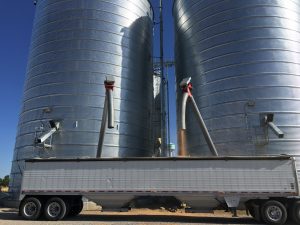 Then we ate breakfast and returned home:

And…add in some computer work…and exercise…and now you are caught up. 🙂