You are here: Home / Life in Strasburg / Sunrise Video? No. Fog Bank Rolling In? Yes!

Sure…I get up way early to provide everyone with a sunrise video of Strasburg, and…

Instead, you get to see a fog bank roll in and it thinning and thickening over about an hour (which is still pretty neat):

Using a GoPro HERO7 Black’s Time Lapse Video feature, 1 frame taken per second (so, this took about an hour to film).

Background music is “After Sunrise” by Adigold thanks to Envato Elements.

P.S. This is what the camera looked like after being in the fog for 60ish minutes: 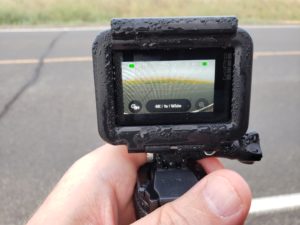