You are here: Home / Archives for Good Causes 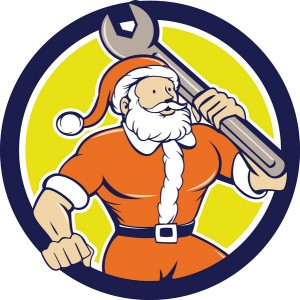 You know you’ve done something worthwhile when it’s being emulated over 1,000 miles away…twice:

KUSA – The heartwarming story of an Eastern Plains auto mechanic who footed a $1,500 repair bill for a struggling single father, has inspired people across the country.

Chris Oakley, owner of C&T Auto Repair in Strasburg, Colorado gave the early Christmas gift to Cory Grimes. Grimes works as a part-time dishwasher at High Plains Diner in Bennett and cares for his 7-year-old son who has autism.

It would break “fair use” to quote much more of this article, but please read how Chris’ actions were emulated in Wisconsin and Louisiana:

The person blessed in Louisiana by the free service said the mechanic was “Santa Claus.” Seems to me Santa Claus actually lives in Strasburg and owns C&T Auto Repair. 🙂 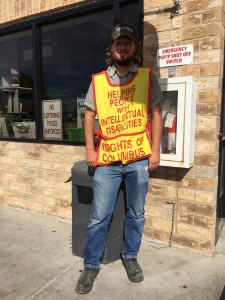 Augie and I grabbed breakfast at Taco Bell in Bennett, and on the way back I wanted to snap a picture of whoever was manning the Knights of Columbus Tootsie Roll Drive in front of the Strasburg Convenience Store today to remind people it was going on.

And that was Chad. 🙂 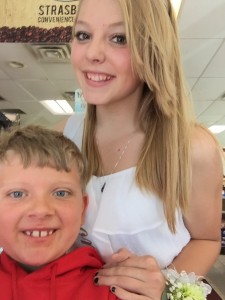 So you have two chances to help great causes…all day in front of the Strasburg Convenience Store or from 12-6 at Love’s Travel Stop (for the local Cub Scouts).

But Chad wasn’t the only person we ran into at the store…Augie was able to snap a selfie with Byers High School Homecoming Duchess Tailor (my apologies to the Duchess if I spelled it wrong). Congrats to her for being the homecoming duchess, and hopefully all will have a great, safe (that’s the dad in me speaking) time in Byers today! 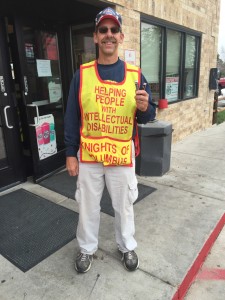 After Augie and I finished breakfast at The Patio Cafe, we quickly went over to the Strasburg Convenience Store where we met Mike.

Mike is a Knights of Columbus volunteer for the annual Tootsie Roll Drive to help people with intellectual disabilities. Someone from the group will be in front of the Strasburg Convenience Store from 7AM-5PM every Saturday in October. All funds raised will remain within the corridor (Bennet to Agate).

Kudos to Mike and the Knight of Columbus for their good work…and to the Strasburg Convenience Store for letting them stand out front! 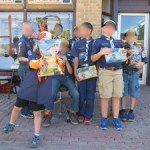 Still don’t have your Cub Scouts popcorn?! You haven’t missed out! Here is where they’ll be the next couple weeks:

Now…if you can’t make it in person, you can still order online through Bear Scout Augie.

P.S. Thanks to all the business who have supported the Pack by allowing the to sell in front of their establishment. (The picture in this post is in front of Hank’s Hardware.) 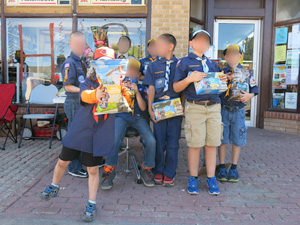 It’s that time of year again…time to satisfy that natural, healthy urge for popcorn…

And not just any popcorn…Cub Scout popcorn! 🙂

Although we’ll try to post where they are selling here on Strasburg Rocks! or our Facebook Page, you can also order on-line by visiting Bear Cub Augie’s popcorn page. Yes, that means Augie will get the credit but (a) there does not appear to be a generic link for his pack and (b) he really is a great kid…and I’m not just saying that ’cause I am his dad. 🙂

So, please support your local Cub Scout Pack by buying popcorn from them in person or on-line…and don’t forget to like their page on Facebook. END_OF_DOCUMENT_TOKEN_TO_BE_REPLACED